Skip to content
News:
Application Period to Apply to the RN Fall 2022 is now open until Feb 1st
Classes Have Begun! Class of 2022 & Class of 2023 Welcome Back!
Congratulations Class of 2021! 47 New Nurses Graduated May 14th!

The Mighty Ways of a Nurse

If center ice is where her son Michael finds himself, with slap shots and shredded skates, then the nerve center of a hospital – a nurse’s station – is where Melissa Grummons BSN, RN feels she most belongs. Each night after hockey practice, Melissa, home from another day at Geneva General Hospital, finds time for family. These pandemic filled days may have pushed many to the edge, but for this nurse, the fight – gloves on – is her calling. With compassion, empathy, and desire, she can’t lose.

A 2012 graduate of the Finger Lakes Health College of Nursing & Health Sciences and its Registered Nurse Associates Degree program, Melissa affirms that joining this school and the profession was “my best decision.” Eager to succeed, Melissa’s first night as a nursing student in the hospital was filled with inner emotions, all masked by a resolved, albeit blushed exterior. “I was so nervous. I used to give myself pep talks before walking into patient rooms,” she recalls.

It was in 1994 when Melissa entered the world of health care as a nutritional services aid at Geneva General while in high school. Having been recently named the hospital’s Director of Nursing and Patient Care, overseeing medical surgical unites, clinical leaders, and respiratory therapy, her fast path through the ranks of a Nurse Leader and Nurse Manager, all at Geneva General, has afforded her a unique view.

The mind and body do what the heart decides. The first time she experienced a hospital code was a losing battle. Life and death, while heightened in the age of COVID-19, a war that Melissa has experienced on the front lines, is ever present in nursing. Now Dean of the College, Kathleen Mills was then an Intensive Care Unit RN and served as an “inspiration to me that night.” After the team was unable to save the patient, “I remember Mrs. Mills just going calmly to the break room to eat a yogurt and just compartmentalize. Keep calm and stay strong.” A business school graduate, she was a long way from her original goal of becoming an accountant.

To look back now, the moments of quiet motivational talks, of being a student nurse and “washing a patient’s face when they clearly didn’t need my help,” Melissa says with a laugh, of a school that “pushed me in every way,” it is made more worthwhile with age and experience. She still has moments of thinking her former professor, Martha DiCicco, “will be right behind me, give me a look and tell me to get my hair up off my shoulders.”

The lasting professors that impacted her the most, DiCicco, Barbara Mellor, and Mary Donahue, “demanded respect, excellence, service, and making the patient experience exceptional. They don’t make nurses like that anymore.” Today, DiCicco and Mellor have stayed on as adjunct professors and mentor new faculty, and the College, one of a just few hospital-based programs in New York State, graduates around 50 RNs every spring.

“When I think about leadership, I think about those glass jars of different colors of sand. I have strengths and weaknesses, we all do, but I learn every day and I value team, relationships,” and embracing what makes a leader focus on human management and not just numbers.

In nursing “you are with people, bathing and cleaning people, and holding their hand in their most vulnerable moments. It’s very difficult when some is and also feels naked mentally and spiritually,” a nurse is their voice.

A year after becoming an RN, Melissa was chosen by students at the College for an award recognizing “the nurse who made the biggest impact on a student’s clinical experience.” It was this recognition that meant the most “because for these students, many who don’t come in with a health care background, they need mentors and I was honored to have been thought of as one.”

Melissa has recently earned a Bachelor of Science in Nursing from SUNY Brockport and continues to look ahead at educational and management opportunities. “I wouldn’t trade going to school here at Finger Lakes Health College of Nursing and now working at Geneva General for anything. The small town rural hospital and the people it serves deserve the best.” Small but Mighty.

Generations have changed the face of nursing but for Melissa, some tenants of the profession are set in stone. The human connection and emotional intelligence factor are vital to nursing. “Don’t compare yourself to others – which happens too often in this field — work as a team, and don’t be in hurry,” she advises new students and nurses.

Later today she will be at the ice rink cheering on her son. There is little doubt where this hockey player got his toughness and heart from. 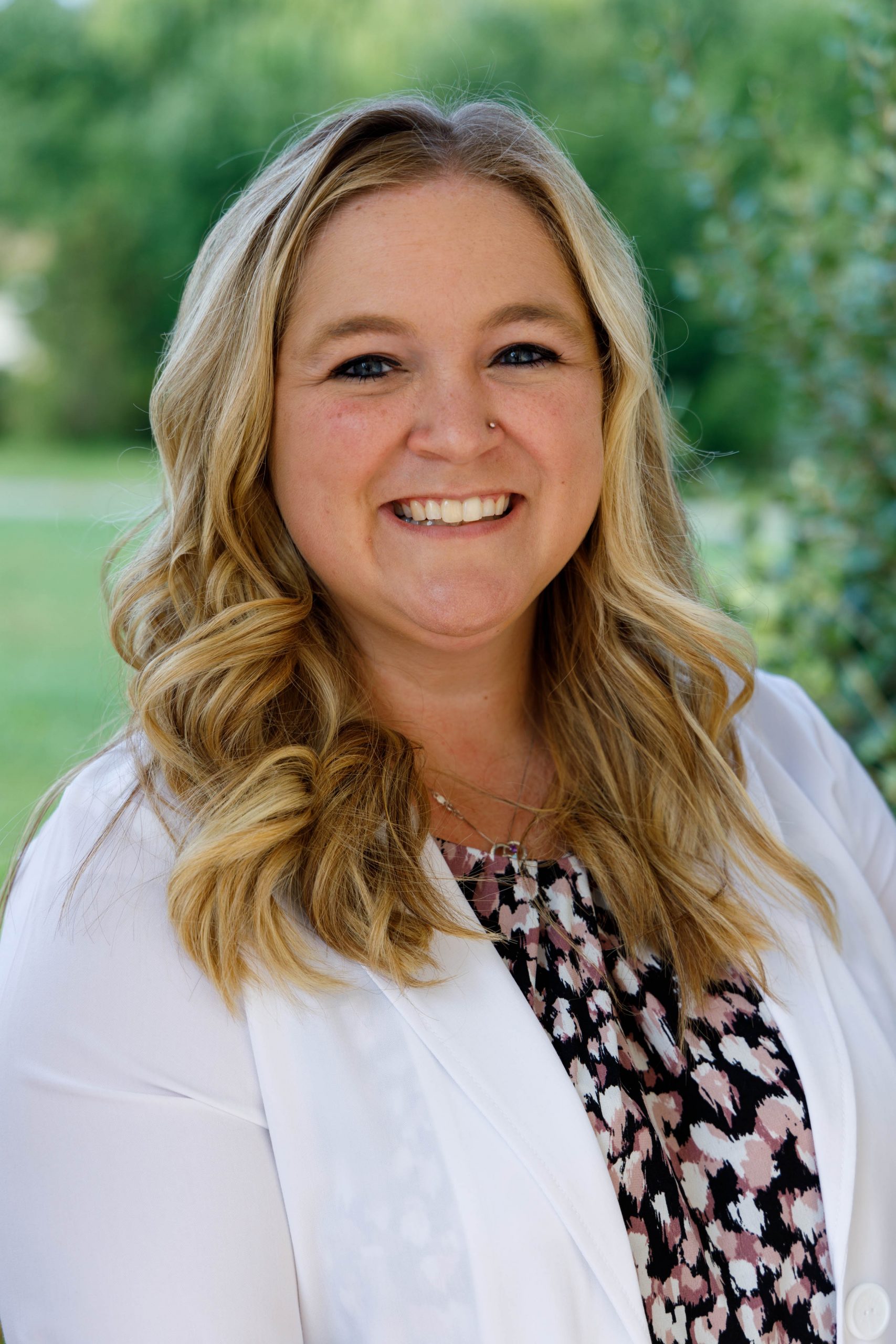 Living for the here and now

Elizabeth Smith brings a nurse’s comfort to each day

Far from the land of drips, ventilators, and life support, Elizabeth Smith, MSN, FNP-C, remains a part of two worlds and one family. On the coast of somewhere beautiful, the storms on the horizon bring a reverent sense of peace. Nursing is always on her mind. The joy of high tide sunrises is accompanied by nursing notes taken to heart and younger siblings following in her footsteps, ones that won’t wash away.

“Just slow down,” Liz told herself. It was the first time she experienced an emergency life-support resuscitation effort. Cracking open the code cart and putting medications together took on a new meaning in real life. A 2013 graduate of the Finger Lakes Health College of Nursing & Health Sciences, she reminds herself to always live in the moment. To feel comfortable in critical situations highlights an inner strength of nurses, to sail through the squalls.

Over the last year, Liz has brought her breadth of experience, 10 years at Finger Lakes Health, to her new role as a Family Nurse Practitioner at the Seneca Family Health Center. The lessons learned at the College of Nursing have inspired her to “just keep going. If you have a dream you have to go after it.”

Any notion of being intimidated in her early days as a 19 year old Nursing Assistant was overcome by her faith and sense of purpose. “My grandmother passed away from Alzheimer’s when I was a little girl. After that I knew I wanted help others, especially the elderly and those living with chronic conditions,” said Liz. Her first steps into the world of a Registered Nurse brought her to a “school that allows you to have great clinical experiences and learn from a hard working generation of nurses.”

On days like today, she returns to the office after months spent assisting the Intensive Care Unit at Geneva General Hospital, a place she spent five years as an ICU Nurse after a year as an RN in Medical-Telemetry, in overcoming the pandemic. Her smiling eyes can’t be masked, she is not tired or weary, and her foundation is family. Being the oldest of six comes with its own joy.

It is the “energy and kindness” of Katie, a pediatric nurse at Strong Memorial Hospital, and the “passion” of Megan, a Thompson Hospital nurse that inspires Liz each day to never settle for less than deserved. Days on the competition floor, each sister going for gold as members of a regionally recognized cheerleading squad at Midlakes High School have given way to loftier goals, but with the same spirit. “Our conversations are always about nursing these days,” Liz is quick to add with a grin. Brothers Jack, Jimmy, and Mark help to expand her “big sister” responsibilities.

Where she now focuses on preventative health in the primary care and outpatient setting, Liz still misses many aspects of acute care. “It is where nurses are made. I think it’s so vital to keep nurses at the bedside. Too many nurses graduate and think they need to move on through things quickly. A patient can tell when you truly care. You don’t learn to be a nurse by just passing school and your boards, you learn on the floor.” The marriage of new technology with the bedside manner and professionalism that has always defined the field will be the key to the future. For the here and now, “enjoying where you are at in life is most important.” Be present and connect.

In her daughter’s eyes she sees boundless potential on the gymnastics and dance floor. Watching Natalie, now four-years old, find her place among the mats and leotards, along with her “wild child” two-year old son Jaxson and husband Brock is a constant reminder of the power of little moments.

Beyond medical competency and knowledge, Liz affirms that optimism, empathy, and a good sense of humor are important traits for “America’s most trusted profession.” After earning her Associates Degree with Finger Lakes Health, she has since graduated from a Master’s Program from St. John Fisher College with the ambition to make preventative health a cornerstone philosophy of her practice.

“When I first started I was afraid of making a mistake, every nurse is. Everything was moving so fast. The best nurses are the ones who can slow things down and be present for the patient, that’s my goal every day.”

The next time she’s on a sandy shore she will have four little feet alongside her. With family, a world away from scrubs and codes, kids by her side, the day is never over. A nurse’s footsteps are everywhere.